Democracy of an invisible hand – an interview with Ctrl-Alt-Del

Ctrl-Alt-Del comes from Wrocław. Although critics compare them to Alice In Chains and Faith No More, their music is difficult to define hence incredibly intriguing and easy to distinguish. The musicians have already announced the next album will be very different to their debut. It’s not surprising since their first release catches the attention with its fickle sounds. The band is neglected in the media, yet it gains more and more fans. These issues, the history of Ctrl-Alt-Del and their plans for the future are revealed by Dominik Rozwadowski (guitar) and Adam Sypuła (vocal) in an exclusive interview for the Opinia magazine.

On your website you claim that Ctrl-Alt-Del came into existence as a result of the Big Bang, and that is obvious. However, I’m really curious if there’s any alternative version of the story.

Adam: The Ctrl-Alt-Del band made its debut in 2002 at the Węgorzewo Festival. Those are the true beginnings but our friendship goes way back to our university years when we first met. Both Domingo and I had our own bands that were getting along pretty well; we often performed live, even played together every now and then. Anyway, one day the options got smaller: part of the team started to withdraw from playing, some sort of… cross-purposes arose, so in the end the original lineup of Domingo’s band was short of a singer, and my band somehow just dispersed. That disintegration led to the point where we found ourselves sitting on our gear rather than actually playing it. One day Domingo and I were on the phone and I said: “I’d love to play in your band, I can do anything, even play on the ukulele.” He replied: “Fair enough, we’ll see” and called me the following day to ask if I was interested in singing. I was delighted. In a week or so, we all were in Węgorzewo. We had only had two rehearsals; no one could actually sing, hardly anyone could play, but something was born that day.

Domingo: To cut a long story short, we recorded a demo CD with the old lineup and Marcin Bors as the producer, sent it to a few places and we got invited to the band contest in Węgorzewo. About two weeks before the event our singer got cold feet. Being in a state of panic and euphoria, I called Adam to ask if he would like to fill in for the singer throughout the performance. Actually, I was hoping he would stay for good – and he did. Pure luck, but my dream came true.

What was the story behind the recording of your debut album? I guess nowadays every band dreams about releasing a record, but not everyone manages to do so. 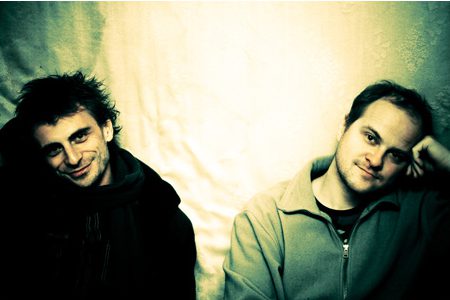 Domingo: Well, to be brief, we recorded a few songs on the computer at home. Although the quality was terrible, we really liked the music, so we decided to make a demo CD and record two or three songs in a studio. While we were recording, Marcin Bors, the producer, convinced us to do a whole album. For various logistical and financial reasons this took us two years, but finally we made it. As far as the second album is concerned, we’re recording it in different places on a variety of equipment. As a matter of fact, nowadays, recording an album is within the range of every band – a reasonable sound card, decent studio software and a handful of plugins will do. Youtube offers a bunch of tutorials with instructions on “how to record a demo” or “secrets of programming drums”, so if you really want it, you can easily make your dreams come true.

Adam: Even the deaf record albums.

Do you play to get audiences or do you get audiences because of your playing? Where, in your opinion, are the boundaries of commerce?

Domingo: They lie where you start to think of money only. Out of those two options you gave, I’d say we get to audiences by our playing. We’ve never played music with the idea of making money at the back of our heads, though we did get a word of advice on how to rewrite our songs into radio hits, but for the time being that’s not what we want.

Adam: To me, commerce is what the whole of Poland is pursuing – sort of “ass shaking”, meaning “craving for the spotlights”. All those TV programmes like “Must Be The Music”, “Got To Make Love”, “Got To Dance”, “Got To Fap” – all those celebrities. To me, this is nothing more than commerce. It’s got nothing to do with art; it just boils down to producing a product.

Don’t you feel a bit like weirdoes playing your kind of music when what most people want is light, easy-to-listen-to stuff?

Adam: But in fact, we are light and easy to listen to… It probably doesn’t apply to the first album which was a sort of adolescent debut. However, there are lots of crazy cases like us playing weird music.

Domingo: When we make music, sit in front of a computer monitor or play at a rehearsal thinking of the next song, we don’t wonder profoundly about its impact on potential listeners. We don’t try to sell the song to masses; we just do whatever we feel is nice and makes sense. There’s no philosophy behind it.

Adam: Whatever drops out of our minds…

Domingo: … and what we later make out of it. Some people like it, others don’t, no big deal. I don’t pay any attention to what’s going on around me. If I started wondering about and analysing the current state of music issues as well as other issues, I’d probably go crazy and stop making music.

Is Ctrl-Alt-Del ruled by an iron hand or is it a democracy?

Adam: It’s a democracy of an invisible hand.

Your band generally doesn’t exist as far as the media are concerned; there’s no major recording label behind you, but still the venues you play at are packed with people. How have you achieved this level of success?

Domingo: Wow, those are some pretty incredible myths about our band.

Adam: I think that the attendance will increase greatly if we start performing in prisons and mental institutions because no one will be able to get out.

Domingo: Recently we performed in a huge city for only eleven people…

Adam: Honestly, people don’t always know about our gigs. Unfortunately, once in a while someone messes up the promotion, so the venues are not that crowded. As you rightly noted, our marketing sucks.

Domingo: A most interesting phenomenon is that in small towns far more people come to our shows and they create an extraordinary atmosphere.

Adam: Just a few people take care of us; they are big-hearted but not experienced enough. We also don’t really know how to take care of ourselves, so in the end everything becomes a bit chaotic…

Domingo: Some people expect us to be a product. But I am not ready for this. I’m not even sure how to become one. 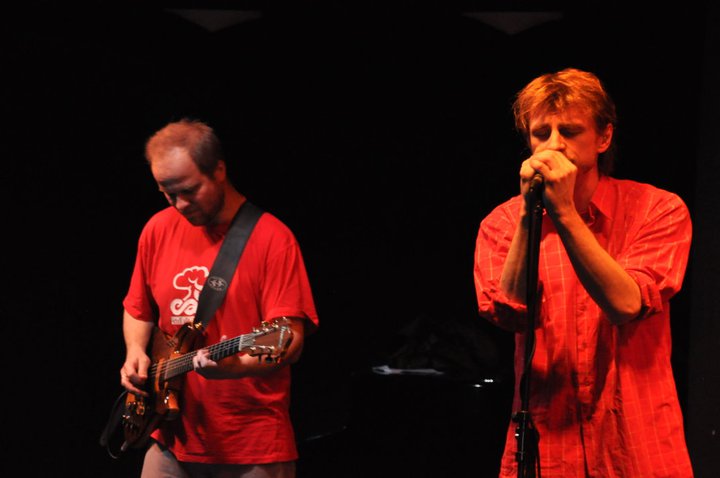 Some of the songs on your album are different when you play them live. Why?

Adam: Because we suck at playing. As simple as that.

Domingo: It took us two years to record the album, we had too much equipment at our fingertips and we kind of “overtweaked” the album. Trying to play it note-for-note would require us either to hire half a dozen people or invest loads of money, which we obviously do not have, in equipment. Besides we don’t really want to focus on making the songs faithful to the originals – we just want each show to be different and unique.

You’ve played quite a lot abroad. How did you get into international music markets?

Domingo: We did play several gigs in the Czech Republic, a few in Germany, but it was usually the local bands who invited us over in the spirit of “you scratch my back and I’ll scratch yours”. Generally speaking it was one big coincidence.

It’s impossible not to ask on behalf of our Polish origin readers about your concerts in England; have you already played any or are they still ahead of you?

What are your nearest plans?

Domingo: We want to finish our second album and start recording the third one. In the meantime we’d like to tour some more…

Adam: …and in the meantime get rich and famous of course.

The songs on your debut album, as well as the album itself, are unpredictable. What will the next album be like?

Domingo: It’ll be about us.

Domingo: It won’t be as heavy as the first one.

Domingo: There will be far less of djent, no bloody up-tempo, but the album will be more mature.

Adam: Women will be moaning…

Domningo: Musically it will be bitching better, also technically and sound-wise…

Adam: …the sound will be more innovative.

How would you encourage those, who haven’t heard of you yet, to come and see you live?

Adam: If you don’t come, we will never have a chance to get to know each other. I can talk for hours with people who ask absorbing questions. You’ll have a long evening with me.

Thank you for the interview and your time.