“Insecurity makes me a perfectionist” – an interview with Arjen Anthony Lucassen

Finally the fans of mighty Arjen Lucassen and angelic Anneke van Giersbergen had a chance to see them both on stage. Approaching release of their joint project called The Gentle Storm was a great opportunity to see them perform eleven acoustic shows all over Europe. No wonder most of them were immediately sold out. It was obvious that the shows would be magical and unforgettable, but there was much more to it: two hours of ultimate beauty, perfection and continuous chills down the spine. In an interview before the show in Berlin, Arjen Lucassen shared with us his thoughts about the tour and the upcoming album.

You’re mainly known as a studio artist, yet – here you are – performing live. What made you decide to go on the tour?

AL: Anneke convinced me. I’m very nervous right now and I hate it, but if Anneke asked you, what would you say? She’s the best singer in the world. Actually she asked me and I tried to say “no”. I said “you know me, I don’t wanna play live!”, but she replied that there would be just a few shows. So in the beginning it was just four shows and I thought I could do it. Then those four shows were sold out and it turned out it was like more shows. All those emails showing up in my inbox gave me nightmares. Really! I had nightmares about standing on a stage naked! It was terrible! And then I asked to be taken out of the email conversation. At some point I was told that the tour was fixed and it was eleven shows, but there was no way back. This is the sixth show now. I thought I would be less nervous, but I’m still anxious. 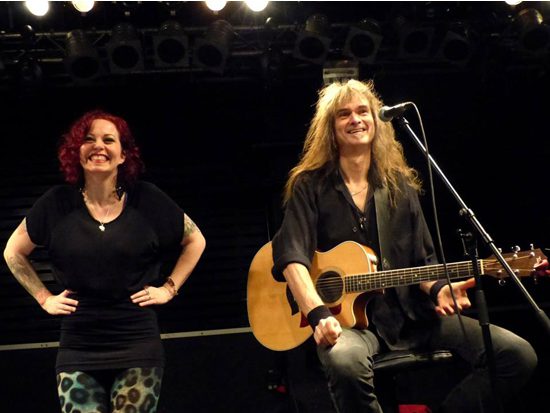 You shouldn’t be, I’m sure it will be a great success, as always.

AL: But I’m such a perfectionist and every little mistake I make drives me mad.

The Diary is a double album: Gentle and Storm. What made you record double instead of one? Wouldn’t that be easier?

AL: It was a challenge. I’m always looking for challenges. Every album I do I always try to do something new and something I haven’t done before. This time actually I asked the fans on facebook what would they like to hear from me next, and I gave them multiple choices where they could chose between something heavy like Star One or something atmospheric like Ambeon or just something folky. Most people said “something heavy”, but a lot of people said “something folky”. So I thought I could do something heavy and folky, or I could do ten songs in two completely different ways like very heavy, bombastic and orchestral or very folky. Then I thought about its difficulty – it’s not easy to do two different versions. That was the challenge I was looking for.

The album is about to be released. I don’t want you to describe the album, as you’re probably fed up with d 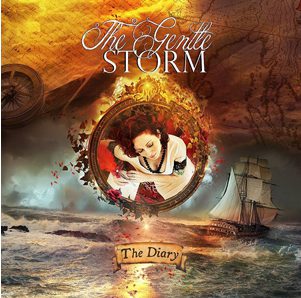 oing that, but I’d like to ask you what do you like the most about the album.

AL: I love the concept of the Dutch Golden Age, because there’s so much you could do with it visually. I love the art of the Golden Age like Rembrandt and all these old paintings. I love the whole atmosphere. This is also the first time one of my concept album is a love story, which is Anneke’s idea of course! That’s another challenge, I’ve never done a love story before. I told Anneke: “well, if we do a love story, it has to be dramatic and have a sad ending”. The story is about Holland and both Anneke and me are from Holland. I like the fact that everything about this album is very real. All the instruments are real, there’s no computers, no synthesisers – it’s only real instruments. I like that everything feels real – that’s what I like about The Gentle Storm.

It’s close to the release; are you more excited or scared of people’s reactions? Do you really believe they might not like it?

AL: Well… both! I’m always nervous. It’s weird because when I work on an album, I’m like “this is the best I’ve ever done and I want people to hear this!”. Then you give it to the record company, and you have to wait three months, because they have to finish the artwork, press the CDs, promote it. Then you have to do the interviews because some magazines have a deadline of two months, so you have to do it earlier and then wait all that time. And in these three months my self-confidence goes down the drain, I get more and more insecure. By the time it’s released I’m like dispirited and lose all my self-confidence. It’s good because if I get good reviews, it gets me up again. It’s good to be that way, I think. It’s good to be insecure because it makes me a perfectionist.

I guess you enjoy your success much intensely.

AL: Right, because if you think “yeah, it’s amazing they’re gonna love it” and everyone loves it, then it’s what you expected, but when everyone hates it, then you go down afterwards. So I’d rather go down and go up again and stay there.

Ed Warby plays the drums on almost all your albums. I can hear why you always choose him, but what makes the best thing about working with Ed?

AL: He’s a musical and intelligent drummer. It’s not about just the rhythm, he listens to the song and to the vocal melody. He doesn’t go wild, but he listens to what’s happening in the song and what is needed here. That’s what I like about Ed. He’s intelligent and he’s powerful and I like that combination because there’s a lot of mindless  drumming. He’s technical too which is great, but he has that feel and he listens to everything in the song, maybe because he’s a musician himself too. That makes him so good.

I must ask you about my best-ever album: Guilt Machine. I’m really curious what do you personally think of that album? 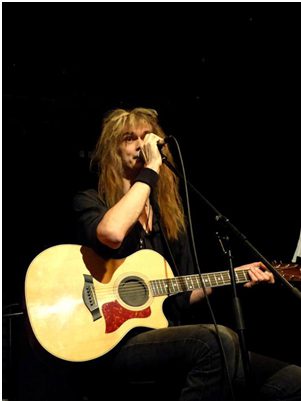 AL: I love it so much. I hadn’t listened to it in a while. I went jogging and thought to listen to Guilt Machine. And it just hit me: “Oh my God… Oh my God, this is so good!” – and it was about my own music! I came home and I put it on facebook – it was really arrogant because I was saying like “oh, this album is so good, I forgot how good it was!”. But it did not sell. It did not do well.

AL: Yeah. Compare to Ayreon, it didn’t do well at all. It was a different label, so maybe they didn’t do good job in promotion. I would love to do a second one, but what if it didn’t sell well and not too many people are waiting for it? However, there will be a select group who like it and they would really like that album. Maybe that’s it. It’s like cult album, I think that’s a good description.

What’s your biggest dream that you still want to achieve in terms of music?

So, at the very end – can you tell our readers something about your brother? [laugh]

AL: [laugh] You mean Gjalt? He’s my older brother. He’s 3.5 years older than me. When we were kids, he was always teasing me. I really hated him! He was stronger and bigger than me. And he was more intelligent than me, he was very good at school. When he was seventeen, he was already in university and he became a teacher. And I got kicked out of school because my hair was too long, and so on. He was always better at everything. Then I started to make music and he was still teasing me that I would play and there would be ten people there. But then I started Ayreon and he liked the music! He was truly surprised that it was good and I got success, so he was like “oh, my little brother, he succeeded with music that I like!”. So on my first album I made a joke about Gjalt in the credits. That has become a tradition – on every album there’s a joke about Gjalt. So now I’m getting back at him. I have to say that now he is my best friend. We call each other almost twice a week and he’s a fan now. It’s the other way around, he’s the fan of the music. He tells me: “oh, you have a review here” or “oh, I’ve read this about you” or “I heard you on YouTube with this and that”. He follows everything. He’s a good friend now, but it was different in the past.

Thank you so much for your time and good luck with the show tonight!

The concert pictures provided by the kind permission of Phil Vossen.

I would like to thank Haavard Holm for his help.

Video for “Heart Of Amsterdam” taken from the upcoming “The Diary” album by The Gentle Storm. 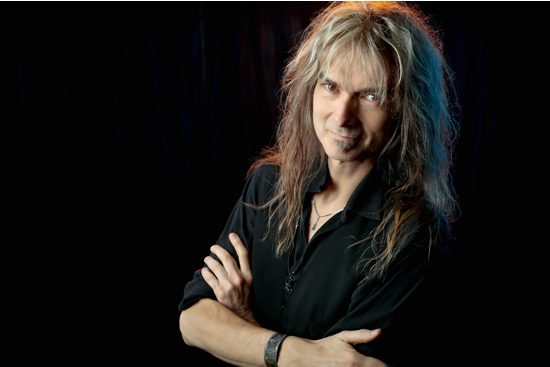