Dominic Miller is usually associated with Sting’s band.  However, not everyone knows he achieved a successful solo career while cooperating with other musicians. His albums are the fest to the seasoned listeners, no wonder all of them are always received with an enthusiastic welcome from fans and critics. Today, on the eve of releasing his next album, Dominic Miller is revealing some of the secrets of his artistry and approach to life in an exclusive interview for Opinia.

What was behind the idea of recording the album Shapes based on classical music?

DM: „Shapes” was an opportunity given to me to present some pieces of classical music interpreted with my sound and approach. Of course I was interested in the idea so I took it. I recorded the pieces as if they were written today.

You seem to be fascinated by Bach’s music. Why is it so special to you?

DM:  What fascinates me about Bach is that his music combines emotion with logic. Kind of like mathematics with soul. I practice Bach every day because I hate doing scales. His music has many scales in it so it’s more fun that way. 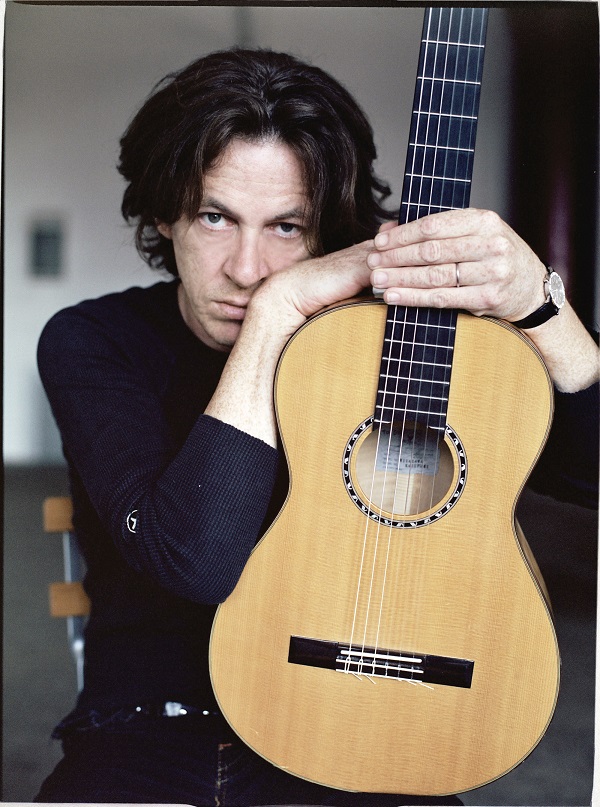 You have an instantly recognisable and distinctive sound. How did you come to develop its unique qualities?

DM:  It just comes from years of trying to get a certain sound. I love classical guitar but I also love many other styles like pop, jazz, funk, South American and many more. I guess I try to combine these styles with one instrument and sound.

Did the co-operation with other musicians influence your solo career?

DM:  Absolutely. The discipline of songwriting form has certainly influenced the way I write instrumental pieces. All the people I have worked with have helped me form a style of writing and playing.

Which of your solo albums is most important to you and why?

DM:  Probably „First Touch” because it was the first. The music on that album represents my life up until then. The others represent shorter periods of time.

Your previous albums were played on acoustic guitar, yet the new album is going to be played on electric. What caused the shift?

DM:  Just a shift of direction, that’s all. I wanted to get out of my comfort zone and create a challenge for myself. I was finding it too easy or natural to play acoustic.

To what extent would you allow computers and electronic technology in your music?

DM:  I think they have a place in helping me arrange music. But the answer really is „none”. The reason I use it is because it’s there. I could quite happily survive without it and compose at the kitchen table with a cassette machine and a piece of paper.

You studied music at Berklee’s College of Music in Boston and the Guildhall School of Music in London. Your educational background is impressive, but doesn’t it somehow burden the spontaneity of composing?

DM:  Not at all. What I learnt from these places was the basics in the language of harmony. What I did with it has nothing to do with what I leant there.

Do you think your Argentinean origin affects your music?

DM:  Yes. The Argentine influence somehow creeps into what I do. I tend to lean naturally to South American rhythms even when I am playing rock.

What is most important to you in acoustic concerts?

DM:  First it’s getting a good sound. If I am not happy with the sound it will be difficult to find my „zone”. Then it’s trying to combine being in control of my performance with being out of control. I like to get to a space when the music kind plays itself. When I reach this point I am happy.

Which other artists’ album has made the biggest impression on you?

DM:  There are many. Stevie Wonder, Jimmi Hendrix, John McLaughlin, Egberto Gismonti to name a few.

Have you ever doubted in what you are doing?

As a self-confessed chess fan, how did you come to play chess with Gari Kasparov and how was it?

DM:  It was an opportunity given to Sting and us so of course we took it. I lost.

Finally, do you have any other passions apart from music?

DM:  Chess of course. But my number one passion is being home with my family. Music used to come first. Now it comes second. It’s better this way.

Thank you for your time and all the best in everything you do.

This site uses Akismet to reduce spam. Learn how your comment data is processed.